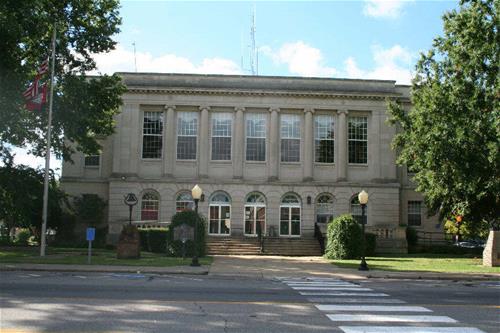 Johnson County was created from a portion of Pope County, by the Act of November 16, 1833, and was named Johnson honoring the first Territorial Judge of Arkansas, Judge Benjamin Johnson. The Act creating the County, directed the temporary seat of justice should be held at the home of Elijah Alston, one of the pioneers of the County and whose home was at the Spadra Boat Landing. In 1836 the County Seat was established in Clarksville, after Mr. Josiah Cravens offered ¼ mile square on Spadra Creek free to the Commissioners if they would locate the County Seat here. Clarksville was named honoring Lorenzo N. Clark another large land owner of the County, and one of the Commissioners who was chosen to locate the County Seat. Clarksville was incorporated December 21, 1848. Johnson County covers 700 square miles and there are five incorporated towns.